How do I git gud?

The question
I can't even beat most of tutorials involving the combos (for example, the one involving Parasoul jump MK into HP, i just land too fast), and in MP i get permastunned into combos taking 30-40% of my health away, unable to block or do anything at all. All while my combos only keep going for a small amount of attacks

Also i don't get what some of the tooltips mean, like a button in ( )
B

UPD: read the forum for a bit, and tried with lobby, created one for beginners, it's either people don't join or some sealclubbers come it (happened twice with different people)

Has something to say despite not wanting to.

so the game then asks you to do something into Hairball (

) this means that it wants you to do

As for the parasoul jMK to jHP I have to imagine that's the infinite prevention system tutorial in which case you want to press MK as you jump then press HP when you hear jMK hit, that should give you enough air clearance.

As for playing online... SG doesn't have a good ranked match making system and a lot of the more advanced stuff will have to take your own time to learn them, the tutorial is a good starting point since you get to learn the basics of the game but it won't really teach you the more advanced stuff and going to Online will only get you bopped by people that know what they're doing. What I'd recommend is to try to find people at your level perhaps people that are just starting off on the game too. Because making a lobby for beginners is all down to what a beginner is considered person to person, it's highly subjective.

When you want to learn more advanced stuff like combos or how certain systems specifically work I'd go to the wiki which is here though honestly if the tutorial is causing you problems I'd probably stick to the more single players stuff to get your bearings on how the game works such as combo timings and movement. But like with most fighting games, you have to talk to people find people you can play with and still learn or have people that can give you advice. sg has a discordm I think JP still runs getgr8 stuff like that usually helps fighting games also have a social aspect

I'd probably play around with the single player content for a while until you know how your character moves and how to block etc.

It's really hard to give advice when you're barely starting out, and I don't want to give you information overload but the short of it is practice practice practice
Last edited: Jan 1, 2022
B

yeah well i don't even know what i'm doing wrong

A very good place to start is forming good defensive habits as early as possible. I'm the only huge fighting game nerd in my area, and the few friends that I have know me real well for setting up some different, random FG every time a bunch of people are in the same house.

I'm barely an intermediate, even at my best game (which is SG), but I'm still the best in our group, so I've played a lot with people WAY below my skill level. It's extremely common for low level players to either smash lots of random buttons or drop the controller once they lose neutral, both of which are basically just suicidal.

Fighting games are odd, because they kind of ask you to earn your health bar. When players without a lot of experience complain about being stunlocked or trapped in infinites, this is usually what they're talking about. Getting hit puts you in a disadvantage state, and there aren't a TON of things that will get you out of it.

It's a bit like a complex game of Rock/Paper/Scissors, where not throwing a hand means you lose by default. It's easy for a player with just a half-ounce of skill to loop some basic attack string until you're dead if you don't know how to defend yourself, which means you might as well be playing on a magic pixel the whole time. I can give a bit of direction for this in SG.

Practice your reaction time. The tutorial tells you to crouch block by default, and stand up when you see an overhead or jump. This is good advice. You can practice this by going into Training Mode and using the Dummy Recording setting. Record something like a dash into a low attack in Slot 1, a jumping attack in Slot 2, then set playback to random. Being able to do that consistently will help you a lot.

Practice this stuff for a couple of minutes to warm up before playing the game. If you get frustrated on a losing streak, take a break to cool off. Being hot-headed makes it hard to focus, and easy to start making dumb decisions or react too late. Practice something like this in Training Mode for a bit before going back.

If you don't know what to do, hold a random diagonal direction and pray. Not all mix-ups can be avoided on reaction. And if your reaction time is very slow, stuff that would be easy for somebody else to escape might be invisible to you. So if reacting won't work, and they're not being predictable enough for you to already know the answer, just make a guess and hope for the best.

Just guessing wildly will only be right a little less than half the time, but giving up or mashing buttons will be right never. It's better to guess than just give them free damage. Remember that even tournament champions block stuff wrong all the time. You don't have to be perfect, you just have to TRY.

Remember to pushblock a lot,. Pressing two punch buttons at the same time while you're blockstunned will push your opponent away from you and make it harder for them to keep you locked down. This is crucial to getting out of a disadvantage state. It can be baited and punished if you're super predictable, so you can't do it every single time. But you have to make them worry about pushblocking, or they'll just run you over. Remember to actually do this sometimes; it's important.

Consider not ground teching sometimes. If you get knocked off your feet and crash into the floor, you can do an invincible roll to get back up and choose whether to move forward or back when you do. This empties half of your Undizzy meter, which determines how long your opponent's combo can be if they hit you. And if Undizzy is full, I'm pretty sure all hits always do at most 55% of their usual damage.

So if you ground tech and screw up blocking, you might eat half of a full combo for big damage. If you don't tech and block wrong, then you'll only eat a few hits for half their usual damage before you can guess again. If you just have to guess a lot anyway, you might as well give yourself more chances to guess.

Improving your combo damage can help you win by requiring you to win neutral fewer times, but the advice for that is extremely specific to which character you're playing. If we know what character(s) you're playing, we can help you find easy combo strings and help you troubleshoot problems you're having with execution. Don't worry about doing full length BnB combos or damage optimal stuff yet. Learn something simple and work your way up.

Skullgirls is definitely not a game that someone can kinda just pick-up and get good at immediately without prior experience, but at the same time it also shouldn’t stop you from playing either. There’s kinda a curve with difficulty in fighting games, and once you climb that curve things begin to start making sense.

For starters, play the tutorials. Not all of them you’ll probably complete/understand at first (believe me, I once struggled with blocking mix-ups too) but start with the basics and keep putting effort in. From there, you can use what you learned there in training. Try all the characters (or just pick one that looks cool) and learn about their playstyles.
Like what Svierrod said, blocking and reaction time are probably some of the most important fundamentals in a fighting game. Once you nail those you can start getting the hang of learning to punish dropped combos. Combos are something you should definitely learn, but it definitely takes a bit to get the hang of. Start with basic neutral combos, like maybe this combo with Filia:
LP -> MP -> Hairball
This will kinda train you to start learning how to chain neutrals (normal button presses) with supers (the fancy command stuff). You can also try chaining neutrals with blockbusters too for extra damage. That’s gonna be a necessity in matches.
A good way to practice is to play arcade mode with a character you like. Arcade mode gives you a good mix of all the characters, so you can learn each ones strengths and weaknesses. Start with the easiest difficulty, and once you’ve feel like you’ve mastered it, move on to the next difficulty. It’s a matter of time before you figure things out a bit more!
More importantly, don’t be afraid to pop into training mode every now and then. Training mode is what the name suggests, so just pick a character you like and mess around with them. See what you think! All the settings it has are a little intimidating if you don’t play fighting games, so you’ll probably just wanna start by leaving them off for now. Once you get more accustomed to the game though, try messing around with features like hit-boxes.
That’s about all the advice I can give. Eventually once you nail all the basics, you can start getting into more advanced territory. Being honest, you’re gonna have to be prepared to get beat. A lot. Fighting games give you lessons that way and sometimes it’s gonna piss you off lol. Take a break every now and then, cool off if you feel like you’re about to throw a controller in the wall. But, as long as you enjoy playing the game, you’ll get better without even noticing. 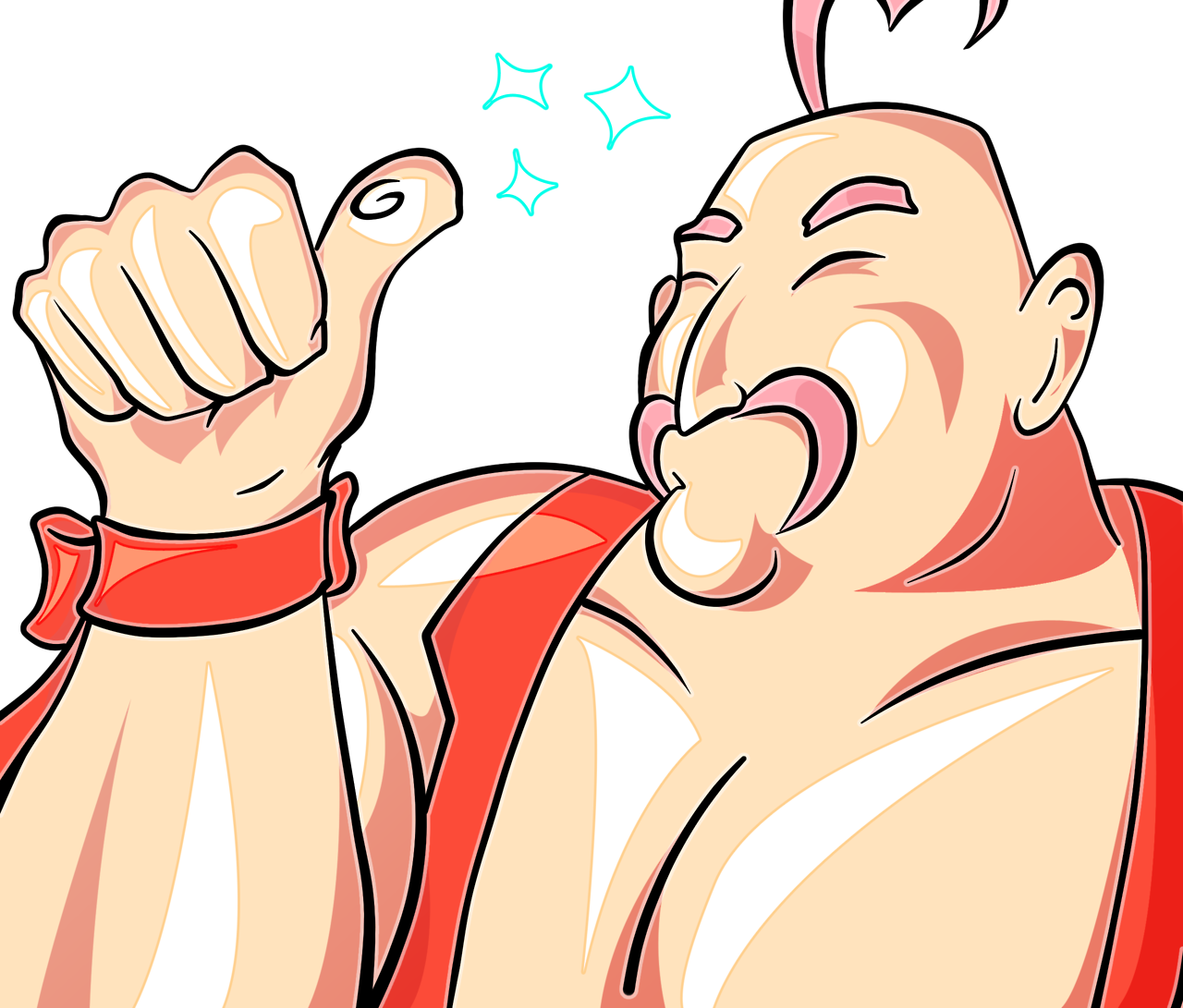